It happened yesterday, the anniversary of Oscar’s passing… I went to the garden, sat on his favourite spot and cried. It was (and still is) so painful. And then I noticed that my peony (one of his favourite flowers in our garden) hatched.  Out of the blue since I lost any hope for the plant to ever come back to life. I moved the little stones a bit, just to make it easier and there they were – two little “sprouts” quietly reaching out for the light…

Silly as it may sound, but I saw it as a sign. Spent the rest of the day heartbroken, unable to focus on anything, eventually went online and saw him. My new baby. Golden, brown nose, white spot, little freckles, blue eyes… And his face, it was all about the face – the little moody adorable little face. 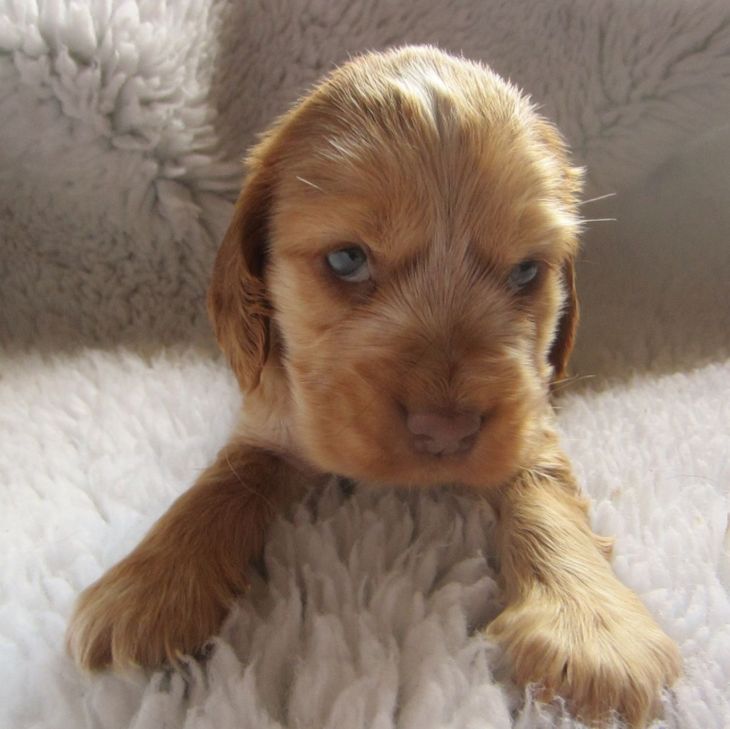 Even though we have already decided that it won’t be about the colour, but the face alone, this little boy had everything. And yes, I fell in love, spent another two hours thinking about him – in fact I thought he was already taken. Finally decided to call the breeder, almost at 9pm, and ask… Just in case he was still available.

I figured since my heart was broken anyway, what’s the worst that could happen? Nothing.

And then she said “yes”. This morning I sent a deposit. The advert is now off-line. And Cooper, this gorgeous golden bundle of love, is ours. I know Oscar will understand.