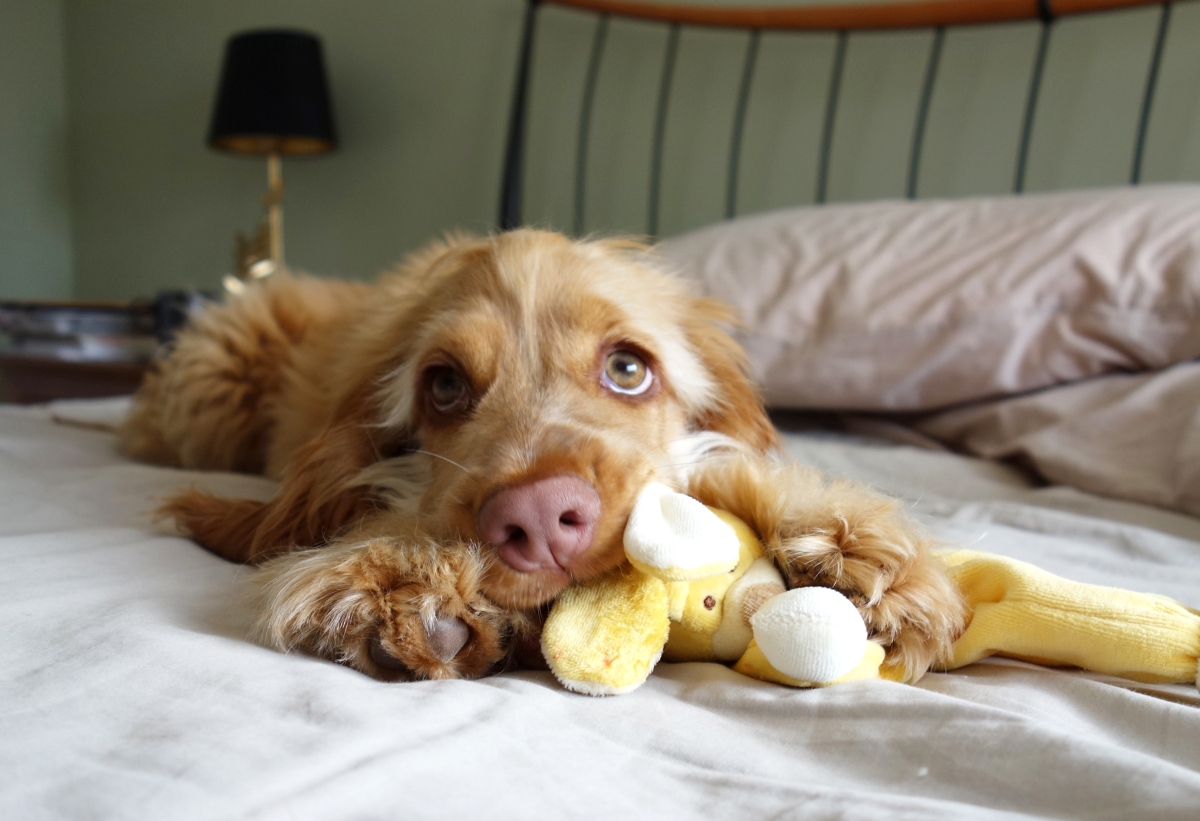 Last week little monkey gave us quite a scare… His tummy got upset. Coop, considering it happened first time in his short life, got upset, too. Me, considering I watched him like a hawk to ensure his safety and well being, got upset. Here I should really mention that the only other time my dog had blood in his poop was just before he was gone, so naturally the fear and memories just filled my sleep-deprived brain with more worries. It felt awful. And I mean, a-knot-in-my-stomach-lump-in-my-throat awful.

The worst thing was the blood. We saw it on Sunday evening in a middle of our walk, panicked, cut the outdoorsy time short and called the vet.

The vet suggested that we leave it until the morning since the pup was more stressed about his short walk rather than the technical issues of his digestive tract, so all I could do was sobbing quietly through the night (fear is a rubbish, rubbish feeling!) and hoping for the best.

Unfortunately the morning offerings looked worrying, so I collected a sample, call the vet and we rushed the boy for his appointment at 6AM.

And from that moment on I knew somehow that Coop will be ok. I suspected antibiotics and yes, we were given some, but much better option that Oscar’s vet ever offered. And much shorter period. In addition Coop got his probiotics (again, the vet suggested them  – specific type, dose and time of taking, even before I asked, which was such a relief!) and a shot to replace the bacteria and reduce inflammation, respectively.

Coop issues disappeared within 24 hrs and his “schedule” got back to normal in two days. Indeed I was worried about constipation as a follow up effect simply because I didn’t want my baby to experience that lever of discomfort, possibly cause damage to his colon as the matter got too dry and hard (yep, I do think a lot about these things – blame it on my day job), and of course, reduce toxic overload on his little body.

Alright, Coop probably thought that I was extra obsessed with his poop habits but the fact is that by Friday everyone was happy.