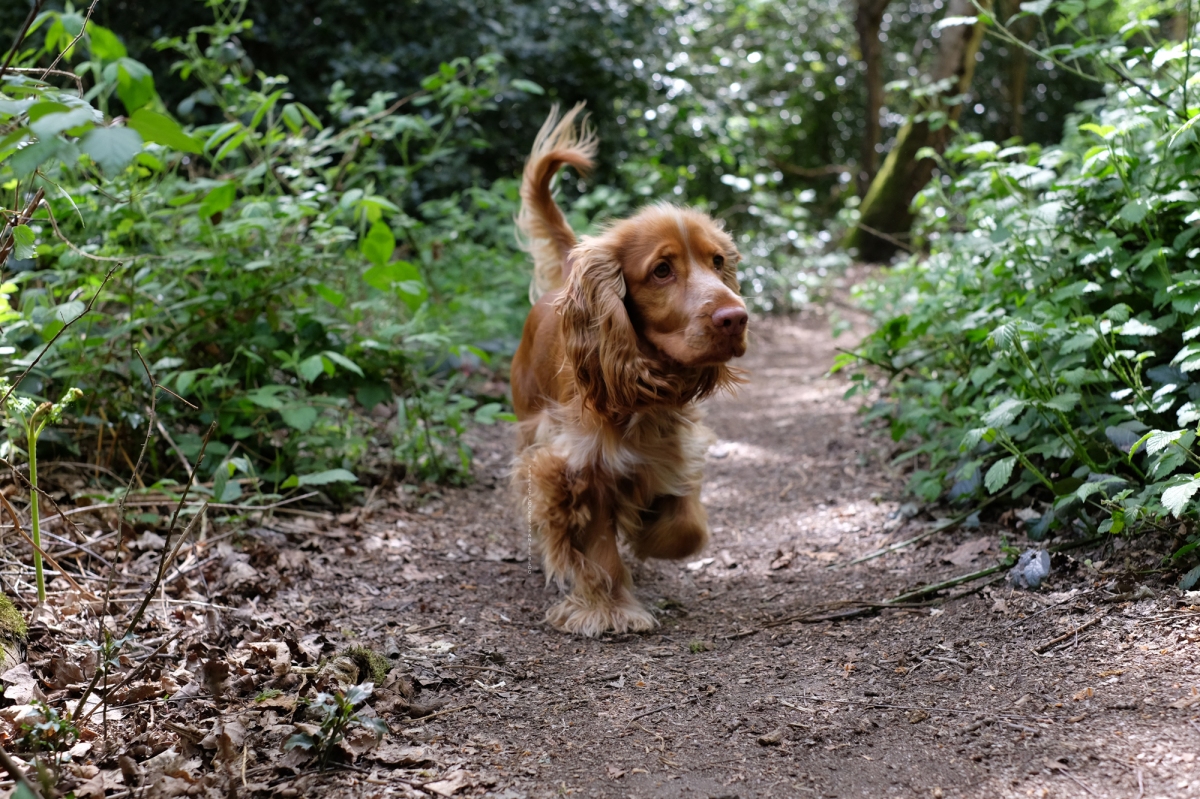 Autumn is such a beautiful season and, lets be honest, much better for cocker spaniels than hot and humid summer. We still get long and sunny walks, yet the air is cool and everything looks so beautiful, and if I may say so, works as a gorgeous background for a typical cocker.

There are, however, a few things that you need to be aware of when out and about.

Acorns can be very tempting tempting for dogs and puppies, in particular, because they look like interesting little rocks that beg to be tasted! Luckily, they are bitter, so the dogs often spit them out and never try again, but there will always be a few who somehow find acorns fascinating and worth a bite no matter what.

Unfortunately, acorns can cause instestinal blockages if swallowed whole. They also contain a chemical called gallotannin known to cause anything from a mild stomach upset to death. Green acorns are more toxic than brown due to higher concentration of gallotanning in the outer shell. Toxicity levels also depends on the oak species.

Symptoms such as diarrhoea, upset tummy and vomiting may take up to a week to develop, so if you suspect that your cocker might have chewed an acorn, contact the vets immediately. 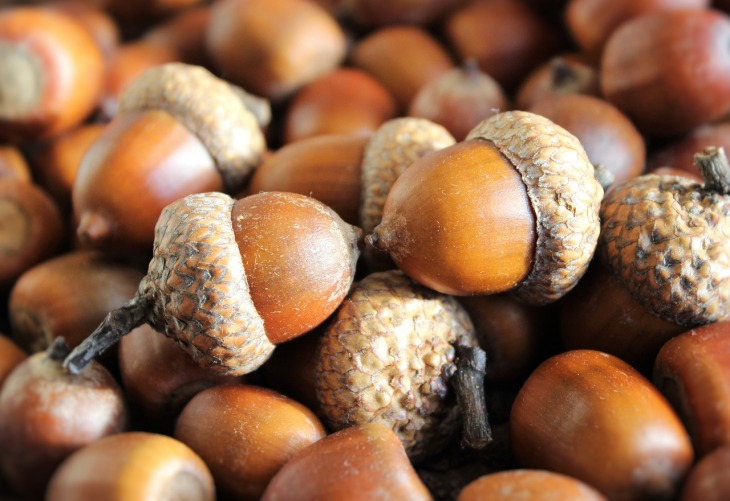 Horse chestnuts or conkers are another nut that is highly toxic to dogs if chewed and digested. Conkers contain aesculin, a chemical compound found in both the nuts and the leaves. Symptoms usually develop within 1-6 hours depending on the amount of digested toxin, and include vomiting, diarrhoea, restlessness, pain, discomfort, dehydration, shock and, in worst cases, respiratory paralysis and death. If cockers are swallowed whole, they can cause intestinal blockage and will require an urgent surgery. 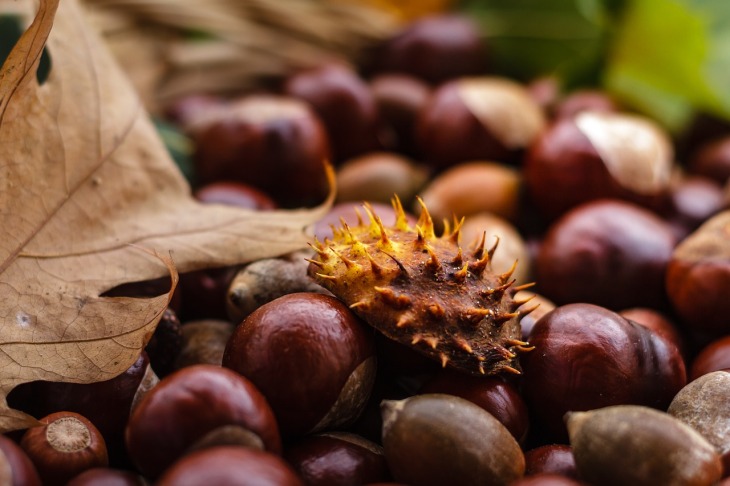 Wild mushrooms are the dogs enemy, so it is best to avoid them all together. Some of the worst species include toad stools (red cups with white dots), Jewellery death cup (pale brown cup with white dots), Panther cup (golden brown cup with white dots), Death cup (greenish cup with a thin stem and rather generous “skirt”, 30g of this mushroom is fatal to humans), Destroying angel (flat pale yellow or white cup on a thin stalk), Fools whitecap (small chestnut brown mushrooms), Fools funnel (shaped like a pale grey funnel), and Autumnal Galerina (flat rust-coloured cups, these mushrooms grown on sawdust in “families”). Yellow stainer that looks like white balls that sit in groups all over the ground is commonly found in gardens and green areas as well as woods.

The symptoms of mushroom poisoning can develop rapidly and include anything from vomiting and diarrhoea to liver and kidney failure, and death. 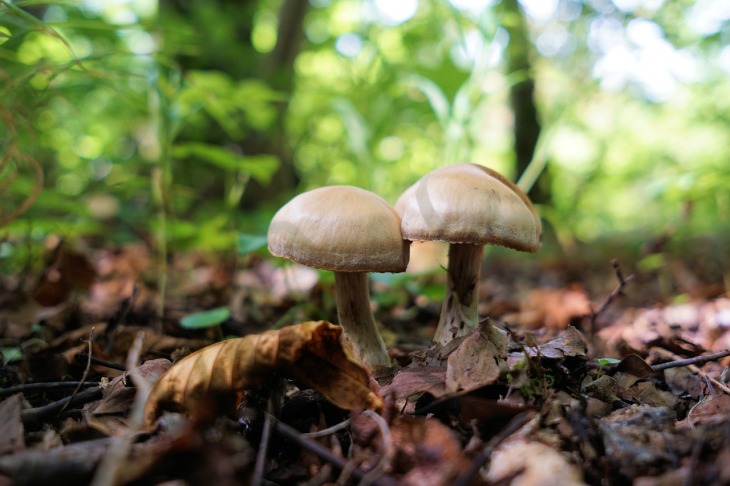 Leaves, both freshly fallen and dry rusty ones, can cause digestive upsets, especially in pups whose digestive system is still developing and acquiring its natural defence mechanisms. Old and dump leaves can also house fungi and bacteria as well as bugs and mites. The fungi and bacteria can cause digestive problems, diarrhoea and vomiting, while the bug bites – lead to irritation and, if the dog licks and scratches the spots, bacterial infection. 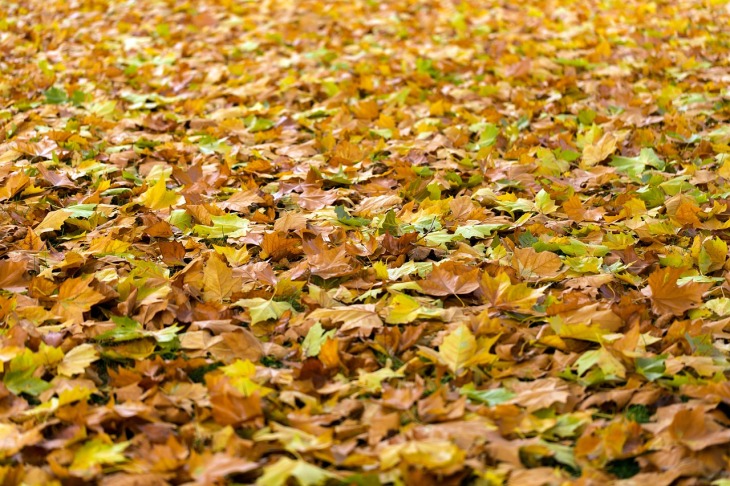 Fireworks season is coming up soon. We tend to think of them as one of the causes of anxiety and fear, but it is important to remember that used fireworks can be very toxic to dogs. Make sure to clear your garden from any left over bits and look out for them during your walks. 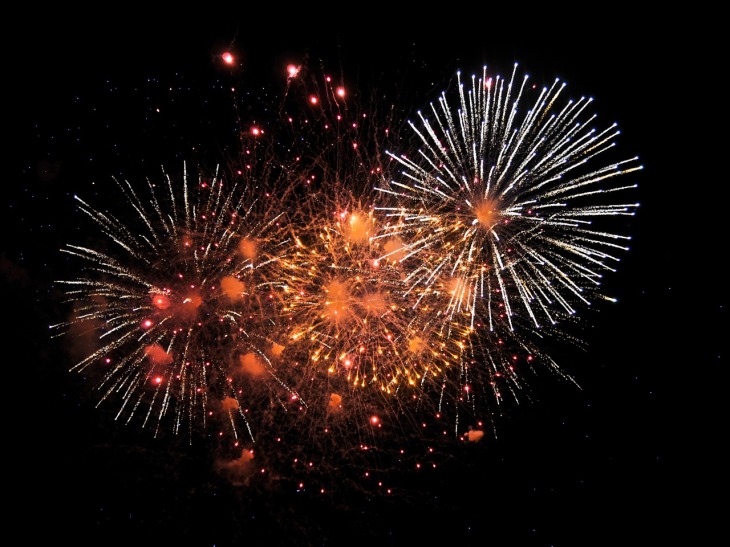 Now the conversation is done with, it’s time to enjoy the beautiful things autumn brings.

NB. A slightly condensed version of this post is also published on @perfectcockerspaniel

Photo source: all images except the photo of Cooper are via Pixabay: acorns, chestnuts, leaves, mushrooms, fireworks